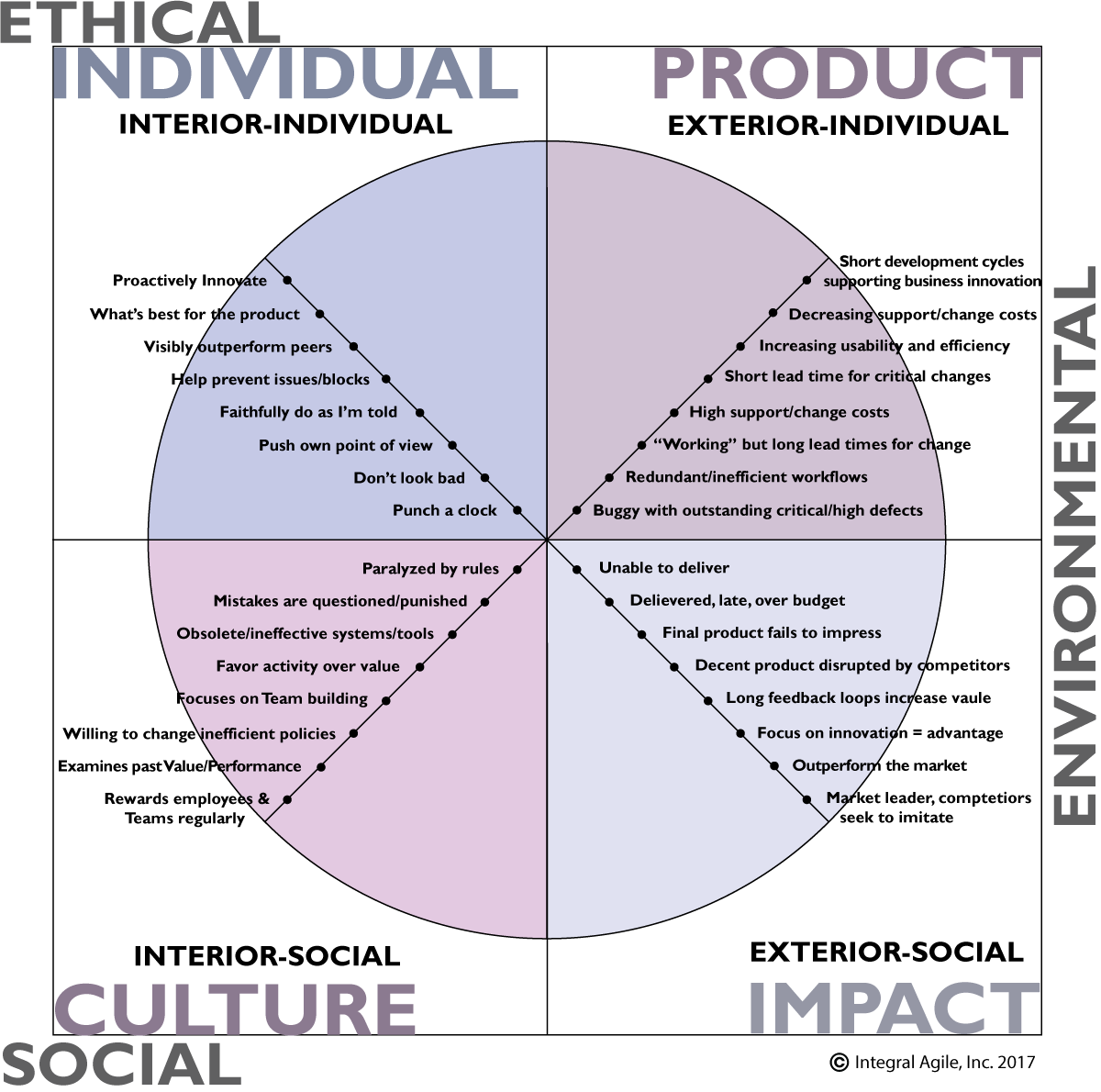 Anyone who has created a truly Agile result at any level of any organization can speak to the elegance of how everything fits together, how information flows, and the way in which actions taken at the smallest task level both impact and are directly informed by everything taking place at larger or higher levels. The most seasoned Agile practitioners will (if they’re being honest) tell you that these “uber” results are very few and far between, but when they happen, there is an elation that seems to roll through everyone involved, that is difficult to express or quantify. They might attribute it to having been a part of a successful initiative, or the feeling of being on a great team, or actually being properly acknowledged for their hard work, and while those things are certainly true, they are not the whole story.

Everything in nature follows the path of least resistance, and optimizes for maximal efficiency and minimal waste. The process of evolution has shown us that species and systems that are less able to follow those basic rules eventually die off and are replaced by those who are stronger and well, more agile. When we observe the broken systems most of us live in day to day, where decisions are made by a person or group of people who are very out of touch with what’s actually going on, where internal political bickering is more impactful to people’s lives than the greatest good, or where, if you are an executive, you have no idea whether the people you’ve put your trust in to get the job done are actually executing in a way that will bring success other than their often incorrect say so, there is a part of all of us that dies a little bit on the inside. This is where people either disengage, feeling like their actions won’t matter, or clamp down and attempt to control everything around them. The actions are different based on the personality, but the result is the same, and it’s driven by, I think, an instinctual part of us that’s telling us “this system is not sustainable, and is doomed to perish.”

If we look to other systems in the universe, whether they might be an ant colony, the way our brains create a neural net, or the way galaxies are formed, we see a very similar thing. Very small things, self-organize to form larger things, which then self-organize and self-direct to form even larger things, which form systems. Those systems interact with, and often rely on with other systems, sometimes merging together to form something greater, and on and on it goes. I think what appeals to many of us about Agile is that it’s the first widespread methodology that actually follows those same basic universal laws. Whether the creators of the Agile manifesto on that fateful ski trip had any of this in mind, well, you’d have to ask them, but what we do know is they were very moved by the question of “How do I want to work?.” The answer, of course, was “In a way that won’t have me get killed off by evolution,” which in this analogy means getting replaced by someone, burning out and quitting, having the company fold, or having to lay people off because they are being out-innovated.

Integral Agile is about those universal laws, and how they can be used to inform your practice, Agile or otherwise. How you can access that part of yourself that instinctively revels in what it correctly perceives to be a growth hierarchy (as opposed to the control hierarchies described above), and how to speak to others from that place of “greatest good,” in a way they can understand, and causes them to take positive actions.