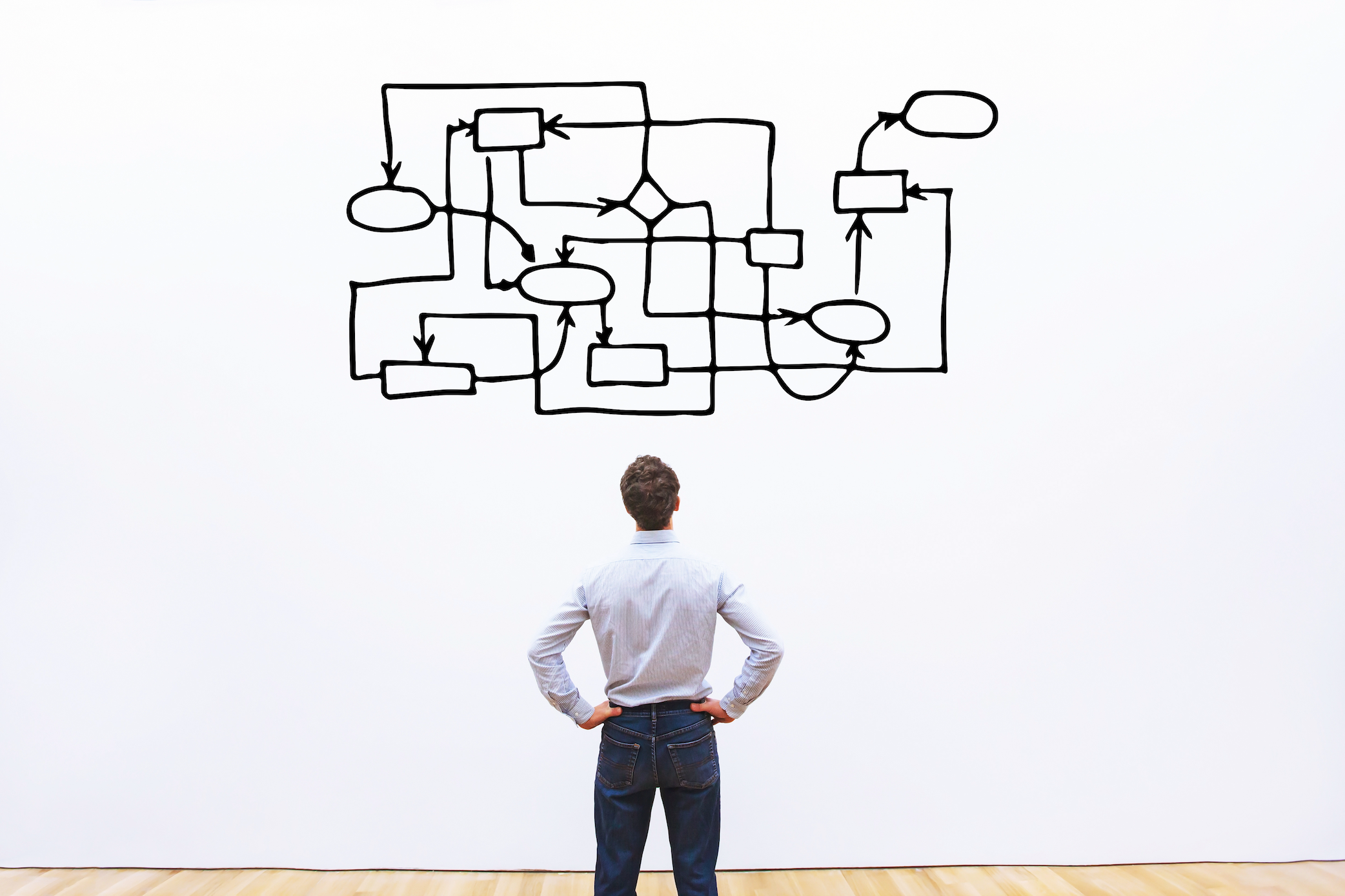 Crossing the threshold of agility

I remember the first time I experienced a team crossing that subtle threshold of discovering the power of working together as a group, with transparency and trust, rather than a collection of individuals working alone on a common project.  I recall the energy that was unlocked as people gradually let go of self-protection, being “right” and began to freely share ideas and concerns, ask hard questions and help each other work out the answers.  As throughput climbed and customer excitement became palpable, as a scrum master I was able to sit back and watch the team literally self-organize, run itself and allow me to guide, support, advocate, remove obstacles and empower them to fly higher and farther than they ever thought possible.

Many of us have seen this happen -- not always easily, not always quickly, but if there is one thing Agile has proven, it's that in team after team, it has the ability to enable teams to cross the agility threshold and unleash the power of cooperation, while providing tangible evidence of progress, risk and value creation like no other method of organizing work since or before.

So what happens when we go bigger?

This is the question we all started to ask around 15 years ago … if this works at a team level, how can we tap into this at larger scales?  Can we get groups of teams, entire organizations, or the enterprise itself to start working this way?  Could we align strategic objectives, funding, architecture, platform and product organizations in a way that could unleash a systemic flow of value similar to or even greater than we saw at the team level?  These were exciting questions and we’ve been living them ever since both in small companies and gigantic institutions.

A few years ago I stopped to ask this question in the context of the clients I was working with.  On the one hand, I could point to the rows of cross-functional teams co-located in a giant work area; the large PI planning room, the myriad of CI servers all funneling potentially shippable features into the value stream, week after week, and marvel at where we had come since the early days of trying to find wallspace to hang post-its on.

On the other hand, I noticed that while the process and its supporting tools had gotten really, really BIG, I wasn’t able to see the same kind of breakthroughs happening between teams, between customer groups, or across the organization that I had expected to.  I asked other coaches to share their stories and they reported the same thing … lots of people trained, certified, well-equipped, and while there were definitely some clear improvements it’s not like the enterprises were awash in innovation, rapid value creation, or breakout success stories. Somehow, scaling the process has not enabled organizations to cross the same threshold as the teams that make them up. Agile had scaled, but agility was missing.

Why have we not crossed the agility threshold at scale?

To understand this, let’s return to what we see when team members make a critical shift from viewing themselves as individuals building parts of something on their own, to members of a team building something together.  This is a shift in what each member believes about his/herself, how they view the other team members, and what they feel their own personal success depends on.   Before the shift, it is MY performance, MY fault, MY mistakes, MY achievement.  Credit and blame come to me, and it’s up to me to make sure I get more of the former and less of the latter.  After the shift, I come to believe that I can succeed or fail together as a unit with my team, and that the more I share about what I see and know, the more likely we will be able to succeed, and the greater that success will be.

Shifting these perspectives depends on a lot of things that are not generally present outside the team level in even the best examples of Agile at scale:

The leadership, alignment to goal, and container in which these relationships evolve are a big part of the reason a team does or does not cross the agility threshold.  Certainly the structure of the Agile process, the team’s environment and tooling as well as their skills and training play an important role as well, but these are not enough; too many counter examples exist of “cragile” or “cargo-cult” teams that adopted the forms of Agile without really getting the message or seeing the transformation it promised.

What does agility promise at scale?

Systemic flow of value. Just as an Agile team experiences flow when they shift from individual to group effort and align with their customer in a cadence of continuous value creation, there should be no reason we cannot see this flow at the Team of Teams or Organization-wide level.  After all, if all the work is done by Teams, and Teams experience this flow, adding them all together should give rise to the same effect on a larger scale -- but it frequently does not.
Why? Because it takes more than a group of teams experiencing agility internally, within their ranks, to create this flow between teams or across an organization.

What does it take?

It’s easier to envision what is possible than it is to actually steer a complex organization with many overlapping and sometimes contradictory priorities into a confluence of value creation, aligned with clear strategic objectives, bringing delight to their customers and creating valuable change in the world.

The difference is that an Agile organization is not just a collection of Teams.  Each Team of Teams is its own entity, with its own culture, values, beliefs, capabilities, barriers and need for effective servant leadership.  It exists within an environment of many stakeholders, some of whom may be aligned and some of whom may have divergent viewpoints, needs and objectives.  Just as the team members each have their own capabilities, limitations, motivations and beliefs about success that must come together for the Team to reach agility, this same process must repeat at each greater level of scale; up, down and sideways.

Finding a systematic path through this swamp must be a primary objective of any Agile transformation, in addition to training, tooling, redefining roles and rolling out processes.

Leadership is a key and often missing driver of Agile transformation, not because we don’t see the potential for breakout results, but because we lack a systematic approach to leading a change, measuring results, and knowing where and how to serve the organization.

A systematic approach to scaling agility

Four years ago, a group of experienced coaches and Agile leaders recognized that, in addition to scaling the process (which we have good models for), we needed a systematic approach to scaling agility itself.  One that looks scientifically, objectively and measurably at all the factors that give rise to or impede the flow of value that is unlocked when we work together and respond to change responsibility, thoughtfully and cooperatively.  One that clearly defines the roles of leaders at all levels, shows where they can have impact and quantifies the results of their actions.

We drew from Integral Theory, which was developed 50 years ago and provides a comprehensive framework for understanding the complex dynamics of cultures, organizations, individuals and teams as well as tools and methods for achieving profound change at all levels. Combining these perspectives with Agile and Lean methodologies, we have found that it is possible to scale both Agile and agility.  Doing so requires strong leadership commitment and involvement, but the payoff can be an organization that operates at previously unrecognizable levels of innovation and flow.  We call the result of our collaboration the Integral Agile Approach. It is not a framework, a methodology, or a prescriptive process for “doing Agile better”.  Rather, it is a systematic approach to using the process frameworks we already have to scale agility -- fractally, measurably, and with a comprehensive system for uncovering the root causes that block agility so that we can solve the right problems with the best tools we have available.

How does it work?

You can find the high level structure of the approach here, and use this interactive tool to apply it to each role, timeline, process and ceremony at every level of scale in your organization.

The Integral Agile Approach is a work in progress, and the product of a collaboration between members of an ever-expanding community of coaches, practitioners and Agile leaders. It will evolve through feedback from on-the-court experiences, questioners, skeptics and enthusiasts from a wide range of disciplines, backgrounds and belief systems.  In other words, it will evolve in a way that is both Agile and Integral.  If you would like to learn more, contribute your thoughts, experiences and ideas, throw monkey wrenches or sing praises, I invite you to join us in discussion on our slack channel, where we will be sharing tools that support the approach, holding lively events, and learning from each others’ experiences as we each chart pathways through our respective swamps towards the prospect of whole-system agility and all the benefits it can bring to the world.